Schizophrenia is a disorder of the brain affecting how one acts thinks and sees the world around him. Persons with schizophrenia have an altered perception of reality and may see you or hear things that are not real.

They may speak in strange ways or feel that they are being spied on and the others are trying to hurt them. People suffering from schizophrenia lose contact with reality. Their interpretation of reality differs. Schizophrenics tend to isolate themselves from other people and lose the capacity to pay attention to their appearance and other personal necessities.

They could potentially start believing that they are being watched or that others are reading their minds controlling their thoughts or trying to harm them.

This makes it difficult for them to function socially, sometimes they are unable to take care of their personal hygiene.

Schizophrenia can sometimes appear at once and develop rapidly but usually it develops so slowly that for a long time. The individual doesn’t realize that they have an illness.

Here are a few factors: –

Genes are considered to play an important role in the onset of schizophrenia although no specific gene is implicated in the causation of schizophrenia. Research says that the risk of having the disorder increases in people who have a relative with this illness. According to studies having a parent with schizophrenia means that there is a 10% risk of developing the condition while having an identical twin with the disorder means of 48 to 65 percent risk.

Environmental factors include all of the other factors other than genes such as social hormonal nutritional and chemical environmental in the mother’s womb during pregnancy as well as stress.

So, it is concluded that mental disorders include schizophrenia are the collective results of biological, psychological and social factors which is coined as the bio psychosocial model signs and symptoms

Some Early Signs of schizophrenia

Here are some early signs of schizophhrenia:-

A schizophrenic individual may go through various subtypes over the course of their illness these can include: –

So, let’s go through each of these: –

Catatonic schizophrenia attributed to disturbances of movements as well as extreme behaviors. Such as a Catatonic stupor which is a dramatic reduction in activity.

Catatonic excitement is characterized by:

In which the affected persons emotional expression and intellectual performance may be quite normal, but the predominant attributes are auditory hallucinations and delusions regarding being targeted or mistreated or provoked by a person or association. Persons with paranoid schizophrenia may be argumentative anxious outrageous and socially withdrawn.

In which is also called Hebe phrenic schizophrenia. The predominant attributes for this subtype are disorganized behavior and speech and inappropriate or bland emotions. Such as inappropriate laughter for no real reason being lost in their own thoughts or making irrational statements. These behaviors may also disturb the affected persons normal activities such as cooking dressing up showering etc

It is characterized by history of severe schizophrenia in which the severity of the symptoms has reduced the individual. It may still show unusual behavior and delusions and hallucinations but with greatly reduced intensity compared to the serious phase of the disorder.

In undifferentiated schizophrenia symptoms haven’t developed completely or they are not clear enough to put into any of the other subtypes, such causes are considered undifferentiated.

Any affected person’s symptoms can vary at different times resulting in uncertain of the correct subtype classification. Some may develop stable symptoms over time but may not fit one subtype in either case the mixed.

If there are symptoms of the disorder, the next step will be to rule out other possible causes or disorders after which the person is diagnosed with schizophrenia. In order to get a clear picture friends and family Members of the person are also interviewed and observed sometimes.

Making a diagnosis can be difficult for the mental health professionals. For example,

If the mental patient is paranoid, they can resist the procedure and hide their symptoms or they may not seek treatment or cooperate because they believe they are perfectly fine and don’t require treatment.

A person can be diagnosed based on the following evidences and

There is no cure developed for schizophrenia so far but with proper lifelong care and regular treatment some patients can live a healthy productive life.

However, if the treatment is not followed properly the disorder gets severe at times.

This treatment may include the following medication .

Antipsychotics are mainstay of treatment.

There are two types of anti-psychotic drugs. Typical and atypical drugs

Once a schizophrenic patient is stabilized with the help of medications. Psychosocial interventions can be used to help them further in their day-to-day life. It can help clients deal with work daily activities such as work School, relationships grooming and communication.

Patients who receive psychosocial treatment are more likely to cooperate and continue with their medications and have fewer chances of relapse.

Some examples of psychosocial interventions are as the following:

Newer treatment modalities such as rTMS, tDCs are emerging and a lot of research is going on.

Q1 – Can schizophrenia be caused by drugs ?

No drugs do not directly cause schizophrenia. But some studies have shown that drug misuse or overdose may lead to an increase in the risk of developing schizophrenia or similar mental illness. Some drugs like LSD, cannabis, cocaine or amphetamines, may cause symptoms of schizophrenia.

Q2 – Is Schizophrenia a Genetic Disorder?

Yes, there is a genetic disorder to some forms of Schizophrenia disease and a high proportion of the variance in liability to schizophrenia is due to genetic effects.
Let’s check out an example- Schizophrenia related disorders occur at an increased rate among the relatives of patients having schizophrenia.

Q3 – How many stages are there of schizophrenia?

There are 4 stages of Schizophrenia:-
a)- The Prodromal Stage
b)- The acute stage
c)- The Remission Stage
d)- The Relapse Stages 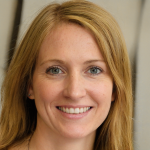 5 thoughts on “Schizophrenia Types and Treatments”